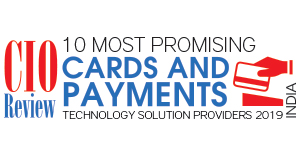 Thanks to Demonetization, if not everything, the digital payments’ picture has changed a lot in India. This is probably an understatement, as the picture has not just changed but has triggered a massive shift in the way people transact in India. The last 24 months have seen amazing shifts in the digitization of payments in India. Demonetization provided a strong impetus for consumers to move to noncash payment methods, and while the transaction levels seen in the months immediately post demonetization have not sustained, a new normal has been found. Increase in adoption of digital instruments has been aided by the increase in merchant outlets, as well as proliferation of UPI that provides a simple and convenient way to transfer money across bank accounts. The number of merchants accepting card payments has more than doubled in the last two years to cross 3 million, and the number of UPI transactions almost touched 250 million in June 2018. Overall, the proportion of cash transactions in the total consumer spending in the country has come down from 78 percent in 2015 to 68 percent in 2017.

While the technology underlying UPI, which enables instant payments from one bank account to another, is path-breaking, there is friction in creation of the virtual payment address (VPA)— the alias which is used to transfer money on UPI. Consumers find it cumbersome to log on their internet or mobile banking app to create the VPA. However, third par- ty providers who have built payment apps on top of UPI using open APIs (application program interface) have made this process convenient, almost invisible. Deployment of QR code technology for digital payments at merchant outlets eliminates the use of expensive EDC (electronic data capture) machines or (near field communication) NFC (near-field communication) devices, and improves the economics of merchant acquiring. We believe that riding on this, more than 10 million merchants will accept non-cash payments in the next couple of years.

We understand the advancements in the payments technology and need for a secured and convenient medium of payment for businesses. Therefore, we bring to you 10 Most promising cards & payments technology solution providers 2019. Being closely scrutinized by a distinct panel of judges including CEOs, CIOs, CXOs, analysts and CIOReviewIndia editorial board, we believe these solution vendors can help your business go places and drive tremendous and untamed revenue growth.

We present to you CIOTechOutlook 10 Most Promising Cards & Payments Technology Solution Providers - 2019.

Our subscribers play a decisive role in finalization of our annual list of Top Cards & Payments Technology Solution Providers by nominating those which have served them with excellence and are praiseworthy. If you feel there is a company that deserves to be on our annual list, do write to us about them mentioning their value proposition.

Your nomination request for upcoming annual list of Top Cards & Payments Technology Solution Providers has been Successfully Sent . We will be in touch with you shortly.